The head of the European Union Intelligence and Situation Center and the mediator between Israel, Hamas and Hezbollah, Dr. Gerhard Conrad (known to the public as "The German Mediator"); Former Minister of Defense, MK Avigdor Lierberman; and MK Tzipi Livni, Leader of the Opposition, were among the speakers in a conference held by the International Institute for Counter-Terrorism (ICT) in Lauder School of Government, Diplomacy and Strategy at IDC Herzliya, with the Konrad Adenauer Stiftung in Israel. The subject of the conference was "Hostage Negotiations in Times of Conflict: Israel, Hamas and Hezbollah".

Prof. Boaz Ganor, Dean, Lauder School of Government, Diplomacy and Strategy and Founder & Executive Director of the International Institute for Counter-Terrorism (ICT), gave opening remarks: "the topic of negotiations with terrorists is relevant for many years, even until our times, especially when we have Israeli soldiers and citizens that are being held by Hamas. This subject includes mediation, crisis-management, understanding the enemy's rationality, psychological tools, public opinion and seeing the big picture. There are no better suited people to talk about this subject than the ones we brought here today".

Dr. Conrad talked about his experience as a mediator in the hostage situations between Israel, Hamas and Hezbollah and said: "this is the first time that I'm sharing some information about my professional role as a mediator between Israel to the terror groups that surrounds it.

Of course I'm not going to dive into details about my 10 coordination years between the sides. These negotiations are very discrete, they contain unpleasant details for both sides and therefore I'll have to be very careful in my words. You have to be aware that this things that we're talking about today aren't history – it was only 10 years ago. Many players that were involved in the same procedures are still 'playing'. Why is it so hard to mediate between impossible sides? Eventually, put aside the tough rivalry – they have to cooperate in order to reach their goals. This is one of the hardest moments for both sides – accepting the other side as a legitimate partner, knowing that if they don't do so – they won't reach compromise". 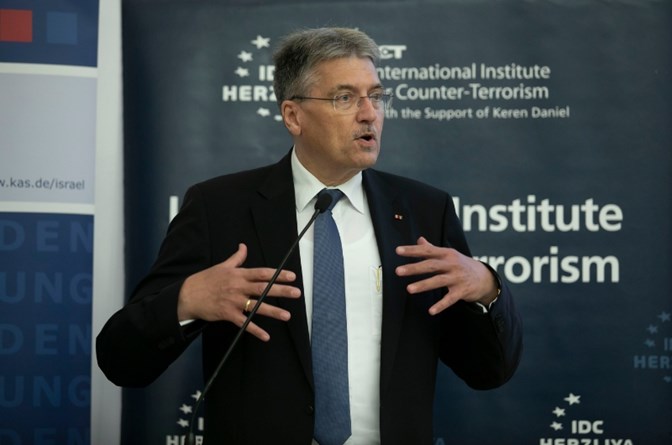 Dr. Conrad continued his speech and presented the political aspect of the hostage negotiations: "When you're approaching the day you have to take the final decisions – you need to have a political decision maker that will affirm them if needed. Don't forget that many topics aren't implicating only politically, but also publicly, in matters of families that stand in front a decision to free prisoners and so. We have to remember that the suffering is identical in both sides. How you treat the victims is a political issue – when the exchanging moment finally arrives, you understand that we're all humans, in both sides there are families who's waiting to get their children's back.

Finally, after 10 years in which I was in charge of the negotiations between Israel and the terror groups, I have to mention the remarkable cooperation that I got from the Israeli side. The support and the enthusiasm of my friends here in this room and my other friends from the negotiations table was like a ray of light in these dark times. I thank you for making this possible".

MK Lieberman said in a "one on one" conversation with Prof. Ganor that "it's important to emphasize that since the first Lebanon war, the Jibril Agreement, Israel had failed completely in all of its negotiations with the terror organizations for freeing its hostages, soldiers and citizens as one. Eventually the Israeli government did what it most likely do – a serious committee was formed, under the supervision of Judge Shamger. After the committee had given its conclusions, the government didn't bother to embrace it into the national law.

The things that happen nowadays, both from the north and from the south, forces us to adopt a national strategy that no one should deviate from. Unfortunately, we're paying too much attention to the public opinion and the national media pressures in the expense of our national security and strategy. Sometimes we sacrifice an integral part of our country – our national security, for the benefit of political interests. True, having a clear mind has its cost, but whoever's not willing to pay those public costs should not take responsibility to ensure the safety of the Israeli citizens. I'll say it once again, there's one subject that we cannot compromise on – the security of the state of Israel". 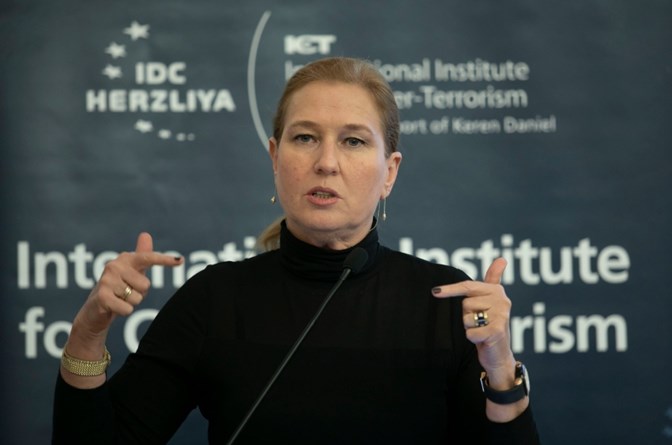 MK Livni talked about the negotiations with Hamas and Hezbollah and said that "A religion war is unsolvable. If we will please them, they'll always ask for more, therefore our best strategy is both showing force and strengthening the pragmatic players. The 2nd Lebanon war started with a hostage situation, but Israel didn't started it because of it. Our mission was to weaken a terror organization which exploits a country with a very weak government.

As for me, I think that after the first night of the war, at the time we understood that Nasrallah regrets his actions, we should have stopped. We tangled too much inside and finished the struggle with many KIA's. Still, there's no answer to the question I asked since day one of this war: 'How we define victory?'"

Col. (Res) Lior Lotan, Senior researcher at the International Institute for Counter-Terrorism (ICT) and Former Special Negotiator on Hostages and Missing Persons in the Prime Minister's Office, concluded the event by saying: "during the last 40 years the situations of hostages and missing persons kept us very busy. We're talking about a systematic and ongoing problem that we should treat not in a "fire-extinguisher" manner.

What we should do is to set a national strategy that answers a situation where our enemies holds hostage our soldiers for a very long time. This strategy shouldn't deal only in specific cases and components, but in how we should defeat the terrorist organization throughout the entire war".

Founded in 1996, the International Institute for Counter-Terrorism (ICT) at IDC Herzliya is one of the leading academic institutes for counter-terrorism in the world, facilitating international cooperation in the global struggle against terrorism. ICT is an independent think tank providing expertise in terrorism, counter-terrorism, homeland security, threat vulnerability, risk assessment, intelligence analysis, national security and defense policy.

ICT also serves as a joint forum for international policymakers and scholars to share information and expertise through research papers, situation reports and academic publications for worldwide distribution. A number of international seminars, workshops and conferences are organized monthly by ICT to discuss and educate on global and regional issues of security, defense, and public policy in order to better facilitate the exchange of perspectives, information and proposals for policy action. Finally, ICT administers the largest public domain research database on the Internet encompassing global terrorist attacks, terrorist organizations and activists in addition to statistical reports.